Closing Down the Shooting Angle 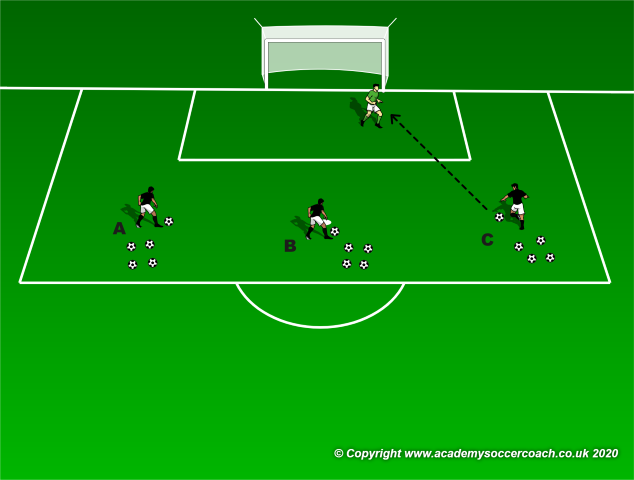 Preparation: Goalkeeper in goal and three other goalkeepers/servers (who can be coaches) positioned in the middle, to the left and to the right of the goal, ten meters away from the goal line. Each of the servers is supplied with a number of balls.

Description: The servers take their turns to kick mid-level balls straight at the goalkeeper who should quickly move to cover the angle.

Progressions:
1. The coach calls out which of the three serves kicks the ball.
2. The balls may be aimed at different heights and angles. 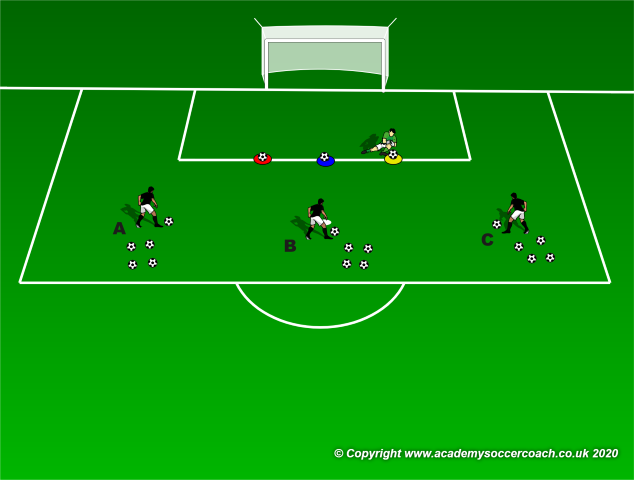 Description: The coach calls out a color which corresponds to the marker at which the goalkeeper dives to catch the ball as if making a save. The goalkeeper gets up on his feet to save the mid-level shot from the server that the coach calls.

Variation: Instead of calling out the color of the markers, the coach raises a marker that corresponds to the marker at which the goalkeeper dives to catch the ball. 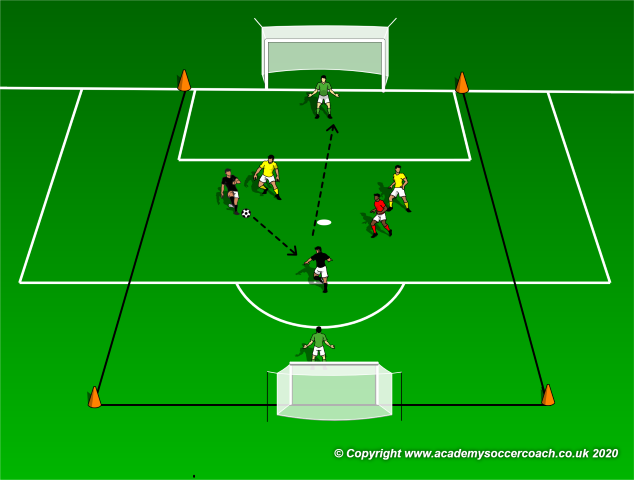 Preparation: Mark an area measuring 20 yards by 15 yards. At each end line a regular goalpost is positioned. Two teams made of a goalkeeper and two outfield players compete with the aid of a neutral player who plays for the team in possession.

Description: Play always starts from the goalkeeper of the team in possession whenever the ball goes out of play or a goal is scored. It is important to play in short repetitions as this is a very intensive practice for the goalkeepers who must be continuously alert to make saves as well as play the ball with their feet. The goalkeepers are not allowed to score.

Progression: Play with two neutral players who are positioned at each side line. This should overload the goalkeeper more in terms of shots on goals.