The below are games that develop the basic skill of catching which is a pre-requirement for the development of goalkeepers. These games target the foundation phase between eight and twelve years of age. However, they could also be used with younger ages if the children demonstrate to have the ability to take on these challenges. 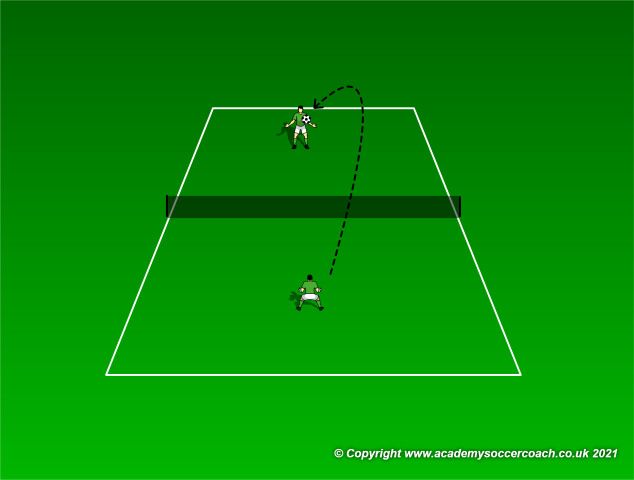 Variation: The ball may be allowed to bounce once before it is caught.

Game 2: Throw the ball to score. 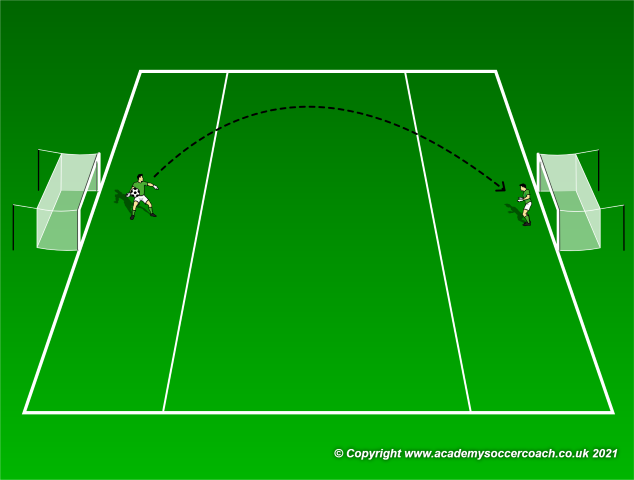 Description: In this game the goalkeepers are positioned approximately ten to fifteen yards apart, depending on their physical maturation. Both of them must defend a goal and aim to score in the opposite. They score by throwing the ball from inside their assigned area (in the above image it is behind the white continuous lines).

Variation: The goalkeepers may kick the ball instead of throwing it.

Key outcomes:
1. Ready stance.
2. Positioning in goal.
3. Quick footwork to get to the ball and make the save.
4. Shape of the hands to catch the ball. 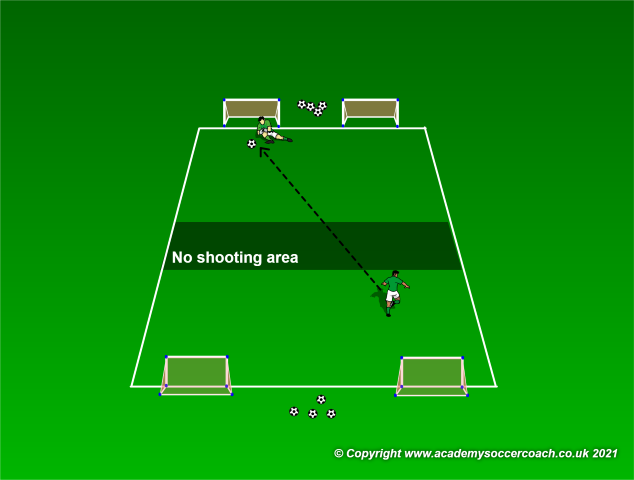 Description: Each goalkeeper defends two mini goals positioned on the same goal line and attacks the opposite two. Both goalkeepers aim to score by kicking and putting the ball in any of the two mini goals. Between the two goalkeepers there is a ‘no shooting zone’. No shooting may take place from inside this zone.

Variations:
1. The goalkeepers may throw the ball instead of kicking it.
2. Each goalkeeper defends and attacks three small goals.
3. Increase or decrease the area of practice according to the ability of the children.

Key outcomes:
1. Ready stance.
2. Arms ready in front and to the side of the body.
3. Quick lateral footwork. 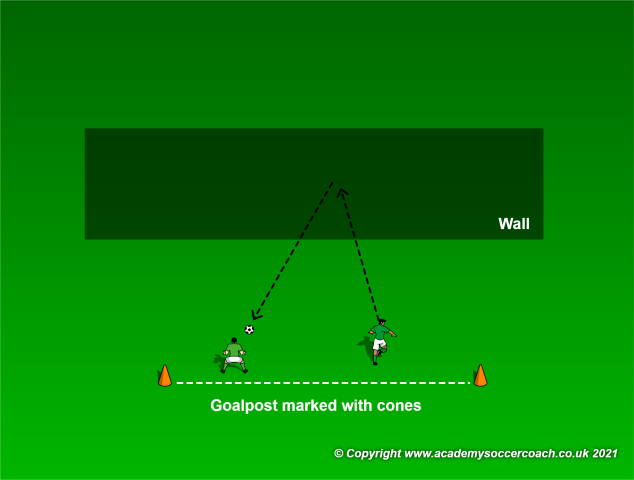 Description: The two goalkeepers aim to score against each other by kicking the ball against the wall and from the rebound it passes between the two cones set as a goalpost. They play continuously by taking shots and making saves.

Variation: More than one goalkeeper takes part. Prior to shooting the goalkeeper taking the shot shouts the name of the goalkeeper who has to make the save. If the latter fails to save the ball and a goal is scored he will be eliminated for that round. Continue playing until only one goalkeeper remains in the game. The maximum number of goalkeepers should not be more than five. This is to ensure that eliminated goalkeepers do not spend too much time waiting. If as an example we have six goalkeepers, we set two simultaneous games with three players in each game rather than six players in one game. This method also makes the game less complex.

Key outcomes:
1. Ready stance.
2. Quick footwork for quick movement to get to the ball.
3. W shape of the hands to catch the ball.