Don’t Get Mugged on Corners

Something which is more and more common these days, at least in my neck of the woods, is the instant shielding of the keeper by the attacking team on corners. While for me this tactic skirts the edge of legality sometimes, if done within the boundaries of the laws of the game and combined with an accurate service it can absolutely nullify the keeper’s chances of winning the ball in the air. So what can really be done if this is happening to your keeper? The answer is two-fold and involves the early placement of defenders around the goalie combined with the screening of the actual kick. Here is what I mean: 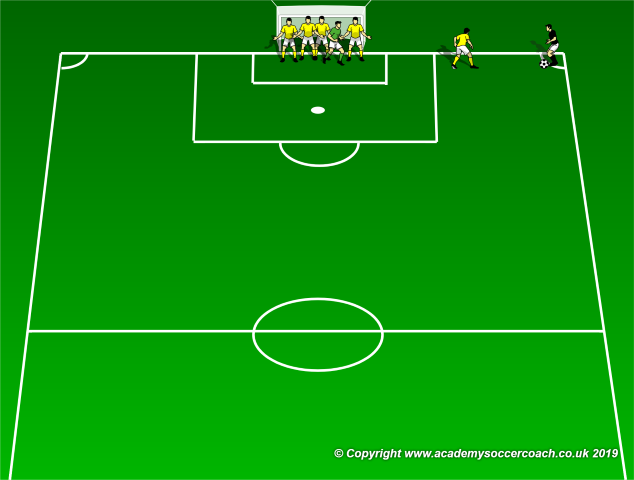 “It” is almost as simple as shown above, article over. Seriously, usually teams which crash the keeper are placing the ball well. A corner kick is just like any other free kick and can be shielded 10 yds away. I have a team in my region who plans on beating teams by creating corners and making good services to a keeper who is, as I have been calling it “ getting mugged”. Simply placing a player in the vision and line of the service will cause problems. Also, while we all stand players on the near and far post there is nothing stopping us from adding a couple more players into the mix as a “ wall”. I have had success placing two additional players on the line who, when combined with the keeper taking space, can guarantee room to move. 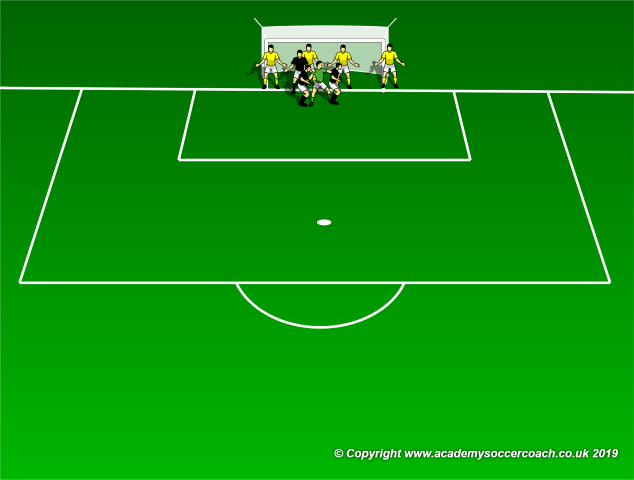 As shown above, even with the keeper fully screened, the extra players on the line can step away and let the keeper in should he/she need the space. Also, while it seems like a nerve racking concept, the extra players on the line are in a better position to come forward and win the ball going away from goal rather than attacking their own net. Additionally, even if the attacking players step right up on the line, with little room to move it will take the most accurate of flicks to do damage, and this depends on the quality of the service, which remember, is being obstructed. 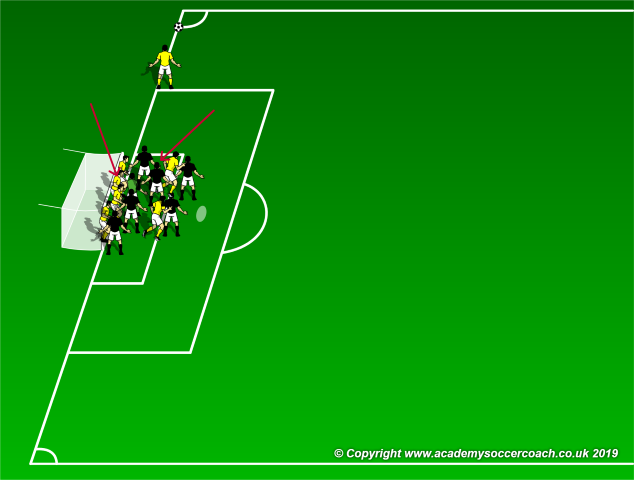 Set Up
The best way to see if this is something which can work for your team is to set it up at practice and run it. Your keeper is in charge of the placement of the players and can tell them whether to move, step up or hold their line. Communication and leadership from the keeper is the key to success here. 7 attackers challenge 7 defenders plus the keeper in the penalty box. The only rules are that 4 defenders start on the line, two attackers bracket the goalie and one defender shields the kick. Teams of attackers and defenders, plus additional keepers can rotate in and out after a set number of attempts. 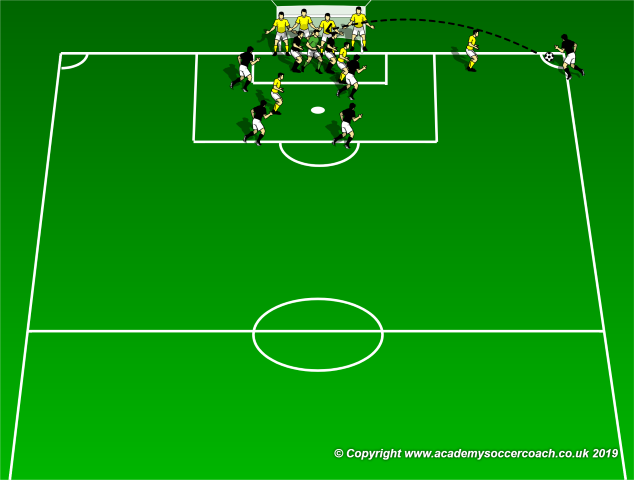 Coaching Points
The coach should be concerned with the communication between the keeper and the extra defenders on the line. I have run this several times over the years and what usually ends up happening is the players bracketing the keeper step away for a better run up as the service is usually an issue because of the obstruction. Once the ball is played, the defender shielding the service can step in, and I have found it additionally useful to have a defender out near the server in case a short, or dummy corner is taken. Even if this isn’t something which you feel will work in the game, it is an excellent keeper communication / leadership activity.