How to Extend a Goalkeepers Reach

Just as most field players have a dominant foot, most keepers have a dominant leg they prefer to push off from. This usually corresponds with the dominant foot so if your keeper is right footed, chances are they prefer to launch from their right leg. I teach my keepers to shift their weight to the “ inside “ foot i.e. the foot closest to the ball. This actually helps with going to ground quickly but also puts the keeper up to 2 feet closer to the ball when going for wider shots. In right foot dominant keepers IF there are always more misses on shots taken to their left side, it could be a problem with holding their weight on their dominant leg. Take some time at practice to identify your keeper’s dominant foot and then make sure they are shifting their weight to the less dominant side when needed to help them extend their reach. 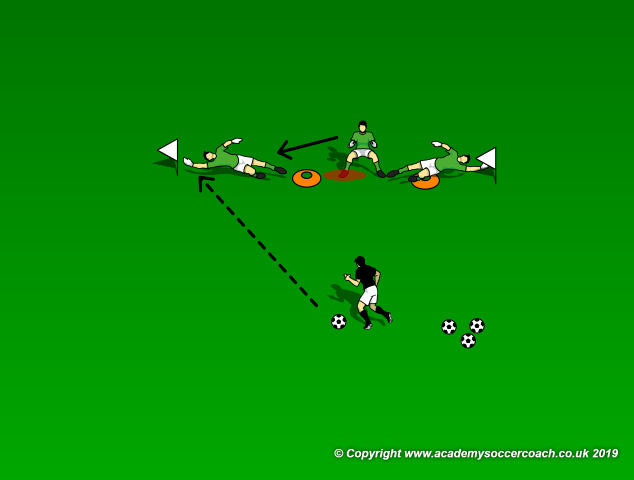 Place a couple cones 3 ft apart and have your keeper(s) start from the middle. Have a shooter or coach send a few shots wide to the goalies right and mark the edge of their reach. Repeat this on the left side and see if there is a difference. Many times, especially in the youth ranks, the keeper can cover a greater distance when their dominant leg is the inside leg. 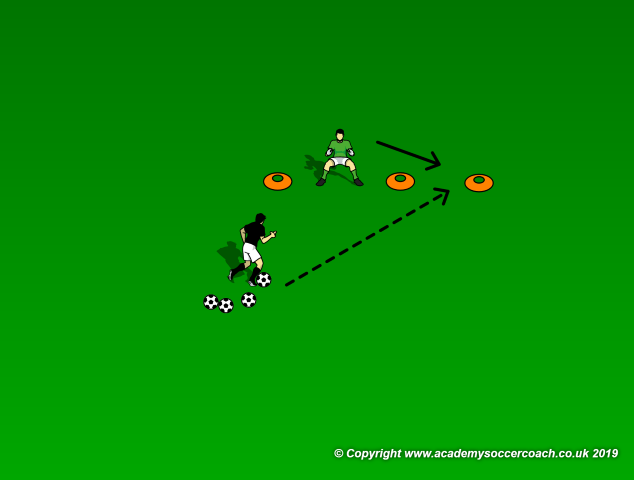 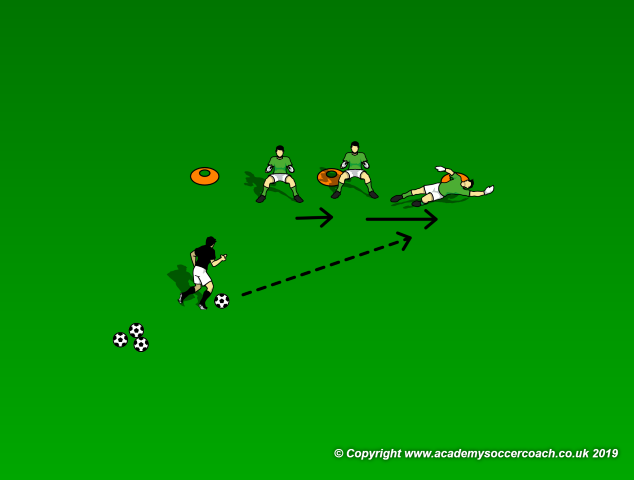 Have the keepers shuffle to the edge of the 3ft cone before making their dive. By recognizing their weak side the keeper can be trained to take that extra step until 1. They strengthen their weak side and 2. They add the shuffle step to their strong side as well thus increasing their reach even more.

Coaching Points
A full fledged shooting drill can end this session to help mark improvements in a match like setting. The coach should use this as a developmental and tactical tool to help their keepers develop individually but also be tactically aware of how to compensate for their weaknesses and play to their strengths. Solid weight transfer and the shuffle step should be the focus of all the coaching here.