How to Train Quick Reaction Saves

Aim: To apply the proper mechanics of saving a shot after landing from a jump.

Practice: Receive the ball to score in the mini goals. 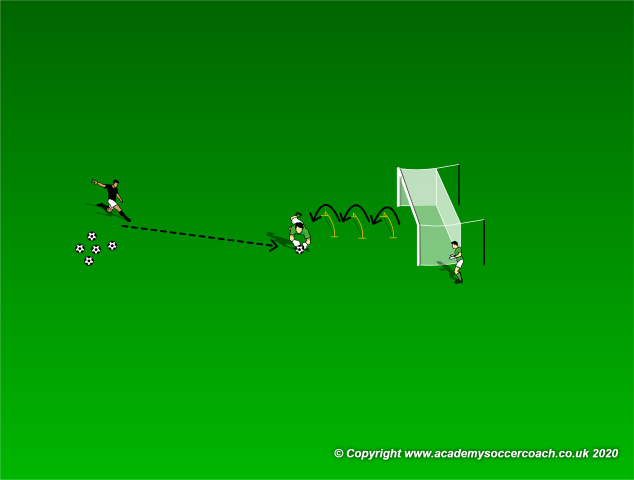 Description: The goalkeeper makes three consecutive jumps before diving to make the safe from the goalkeeper coach’s shot. 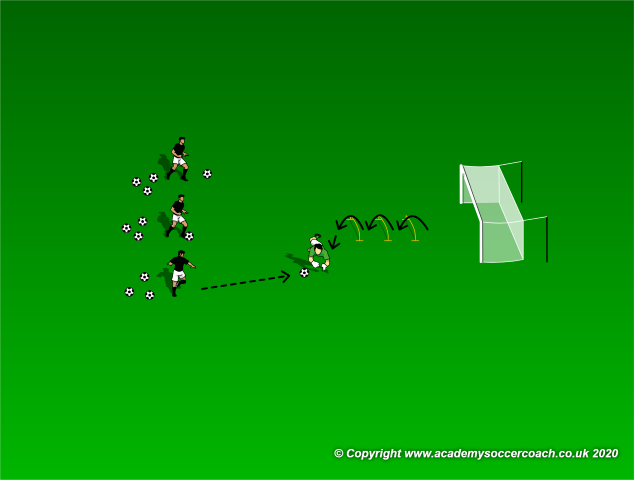 4. Three servers are positioned as indicated in the below diagram. The goalkeeper catches the first shot after making the three consecutive forward jumps. 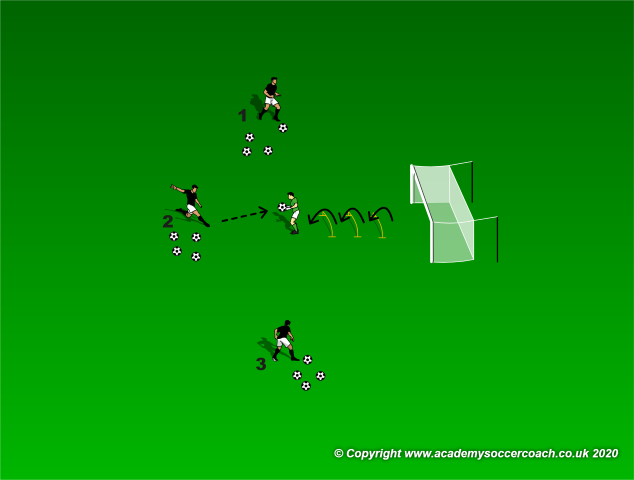 Then moves into position to save the diagonal shot from the server as called by the coach. 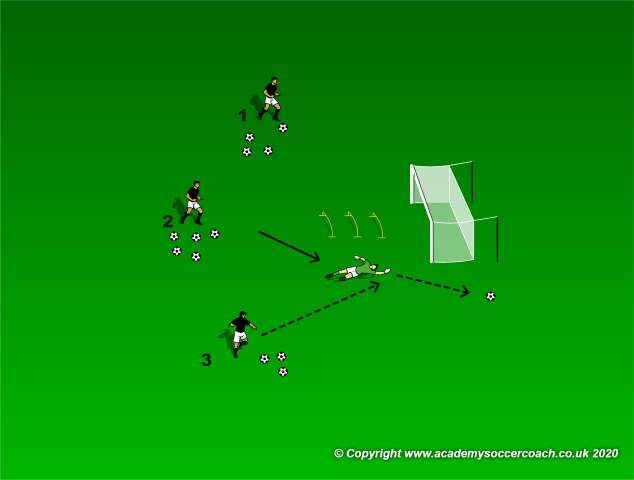