Playing Out of the Back

Once a Keeper has the fundamentals of distribution it’s time to move on to how you would like them to play as part of the team’s tactics. This phase of play session looks at the Keeper starting play from the back. 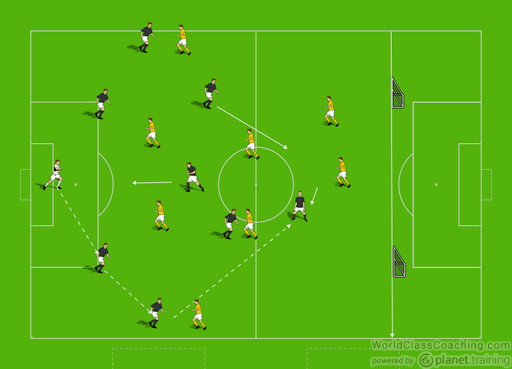 Numbers can be added to fill the space more; this will work on the Keepers accuracy and decision making.
This then will progress in to a full size pitch. In an ideal world the team you are trying to coach will have 1 more player then the defending team. This allows for higher success. On the full pitch set up as near to an 11 vs 11 tactics as possible. The aim is for the team to replicate the movement and build up as they did on the smaller pitch.