Aim: Getting quickly into position to make the save.

Key points:
1. Quick short side-steps.
2. Weight on the balls of the feet.
3. The weight of the body inclined slightly forward.
4. Leg cross-over technique to quickly get into position.
5. Arms to the side and in front of the body. 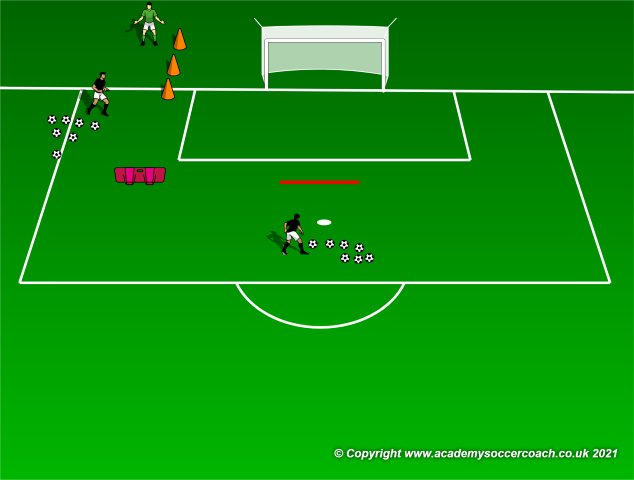 Organization: This practice takes place inside the penalty area and is divided into two parts. The first part consists of a series of cones positioned in a line and a shot rebound wall placed in front and ten yards away from the last cone. A server with a large supply of balls is positioned to the side of this setup. In the second part of this setup we have a server with a supply of balls on the edge of the penalty area and a thick pipe placed horizontally just in front of the goal area. 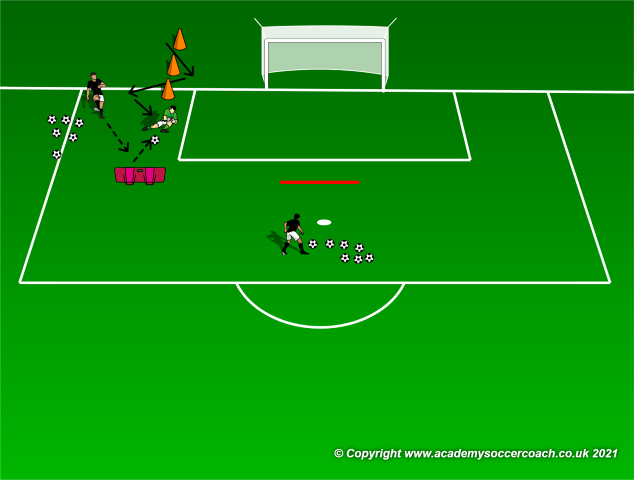 The goalkeeper perform quick side steps prior to saving the shot from the server which is deflected off the rebound wall. When side-stepping the goalkeeper should make the first step with the leading foot and not the trailing foot. This helps the goalkeeper to maintain the much needed centre of gravity. Make sure that the weight of the goalkeeper’s body is slightly inclined forward and on the balls of feet. The goalkeeper should have her arms placed in front and to the sides of the body ready to perform the save. The server should kick the ball immediately after the goalkeeper gets past the last cone. 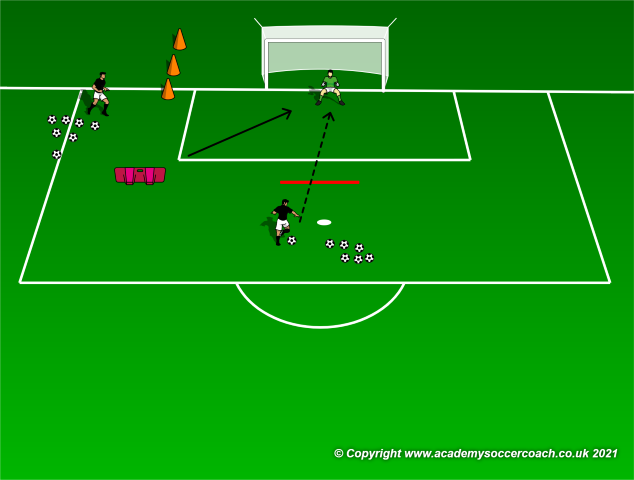 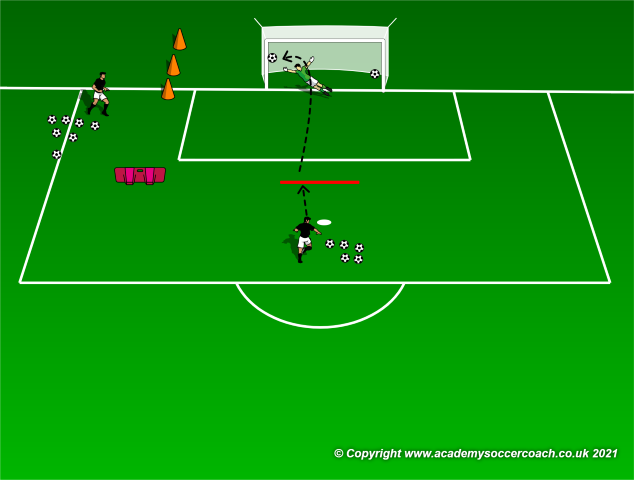 After the goalkeeper saves the first shot, the server kicks the ball hard along the ground. The ball will be lobbed into the air as it is deflected off the pipe. The goalkeeper must quickly react to the unpredictable trajectory that the ball takes.

To make the practice more game realistic, the second server may herself decides if the shot is to be deflected off the pipe or just goes straight on goal. Furthermore, two mini goals may be positioned outside the penalty area. When the goalkeeper makes a save, she throws the ball into any of these two mini goals as if to launch a quick counter attack. 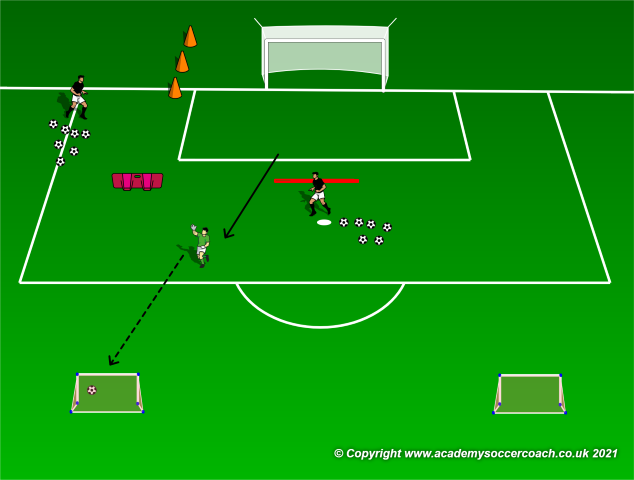