Top Down and Down Up Save Progression

Try this simple training progression to help improve your keeper’s quickness and reaction time, I call it Top Down / Down Up. How often do we shoot on the keeper, allowing them to make one save and then giving them recovery time – regardless of what happens with the ball after the save? Only in a pk shootout can a ball which is denied by the keeper into the field of play be allowed to simply stop without being sent back in. If the keeper does not adequately clear or smother the ball, they are going to have to make another save, sometimes almost immediately and this is actually something they can train for. Check this out: 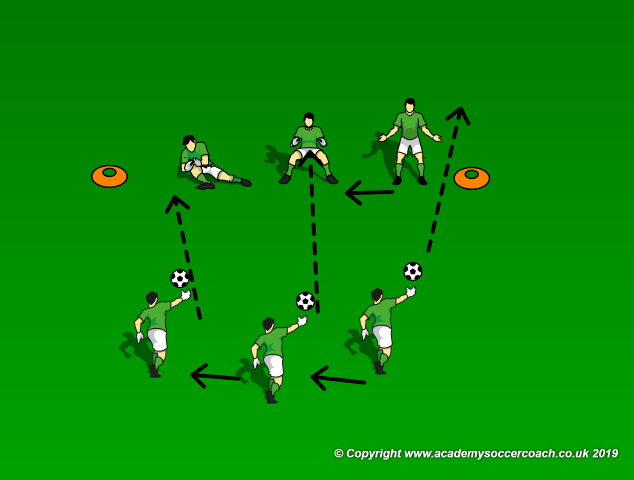 As soon as the touch is made on the ground, run the progression back to the other side ( as shown below ). 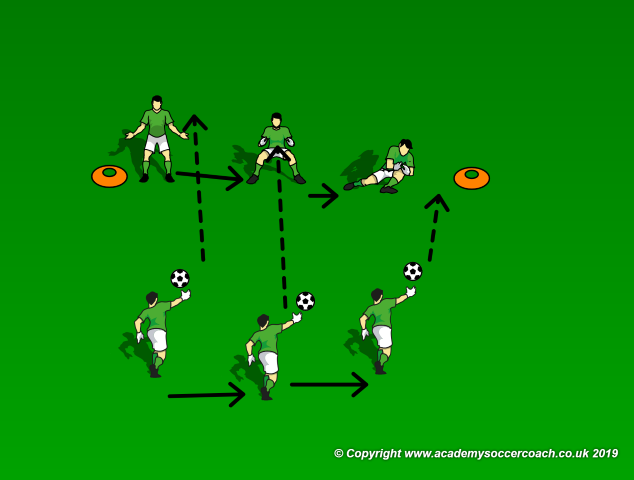 The speed of the distribution can be increased and each keeper should do 5-7 reps in a row before switching between saving and distribution roles. Once the keepers have it down, put them in front of the net. 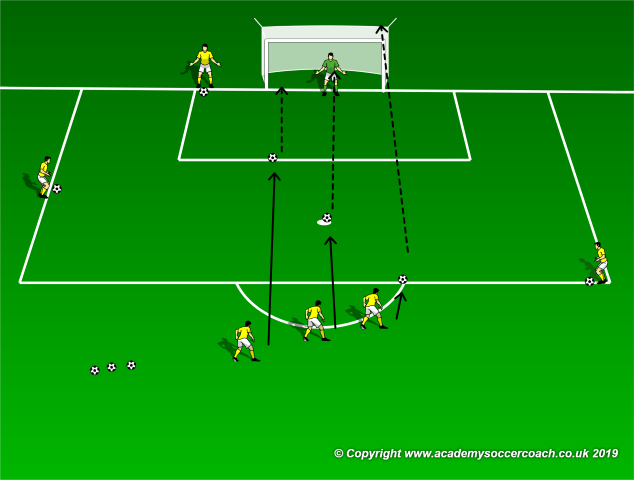 Shooters come in groups of 3, one group ready to shoot and another ready to set up as soon as the shots are taken. As shown above, balls are placed on the top of the 18, the pk spot and the six. Shooters go almost simultaneously with the shot from the top of the 18 going high, the pk spot going mid range and the shot from the 6 on the ground. Additional groups of 3 can shag balls and this drill can move rather quickly with 9-12 shooters and 2 or even 3 keepers.

Coaching Points
While a great shooting activity, the focus is on the keepers making several save attempts at different areas very quickly. Many keepers will be able to actually save the shots but the focus is quickness, just getting up and down and moving side to side rapidly, the actual saves are a bonus. After the keepers start getting their hands on most of the shots, allow the shooters to change where they shots are going without letting the keepers know a head of time.