Key points:
1. Ready stance in goal.
2. Focus on the position of the ball.
3. Look at the hips of the attacker to anticipate where the shot is aimed. 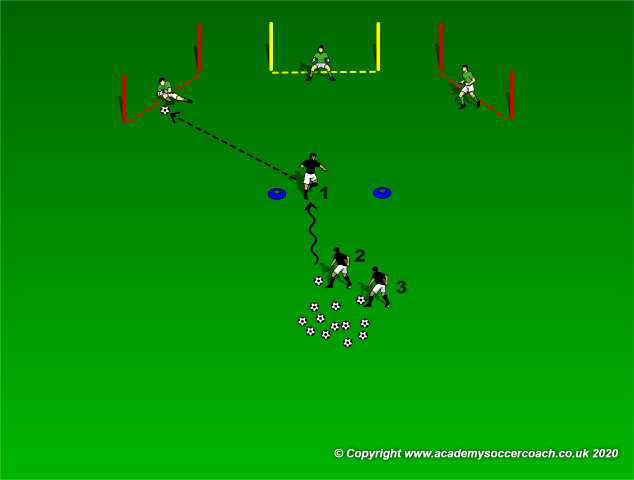 Preparation: Three goalposts made with poles are positioned as shown in the above image. The goalposts should three yards from each other. Fifteen yards in front of the central goal is a gate marked using two markers. A few yards behind this gate is the starting point from where the attackers start their dribble.

Description of practice: The attackers start dribbling the ball forward before shooting in any of the three goals. Shots must be taken from inside the marked gate.

Progression: The attacker first dribbles the ball to shoot on any of the three goals and then immediately receives a pass from the next player in line to finish on the same or a different goal. 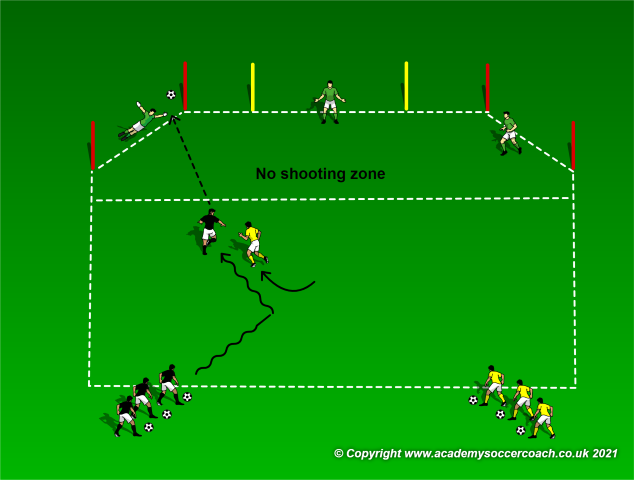 Preparation: The practice area is divided into two zones. The first zone measures fifteen yards by twenty yards. The second zone measures ten yards by twenty yards. Three goalposts that can be made of poles are positioned as shown in the diagram above. A goalkeeper is positioned in each goal while two lines of players are positioned at the end line and approximately twelve yards from each other. All the players have a ball.

Description of practice: A defender from one of the two groups starts from the middle of the first zone. A player from the other group dribbles forward to get past the defender with the intention of shooting on any of the three goals. After the attack is over, the attacking player remains on the pitch to defend against the attacker from the opposite team.

Progression: Play 2v2 and then 3v3. This should make the practice more complex and unpredictable, especially for the goalkeepers. 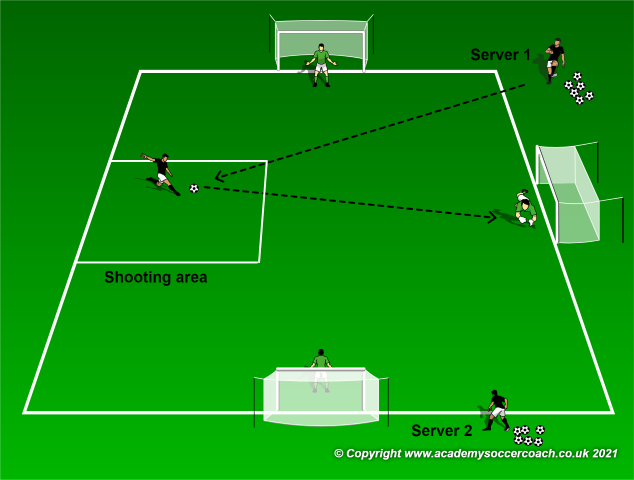 Progression: The player inside the shooting area can decide to go 1v1 against the goalkeeper.