Key points:
1. Ready stance with the weight on the balls of the feet.
2. When turning always have your hands in front of the body.
3. Body weight slightly forward with the knees bent.

Preparation: Three servers with a ball each. The goalkeeper in the middle of the goal facing backward. 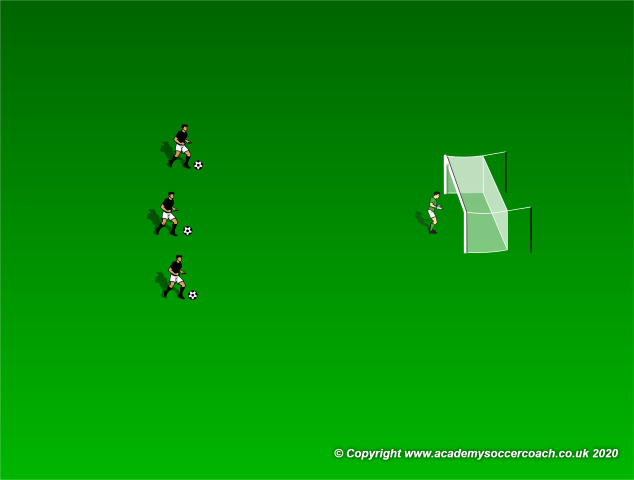 Description: On the coach’s call, the goalkeeper turns and quickly gets into a ready stance to save the shot. The three servers decide among themselves who will kick the ball. The goalkeeper should not know beforehand who the kicker will be. 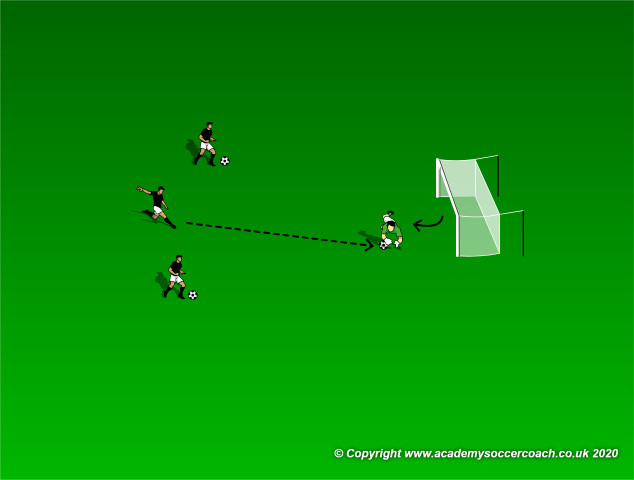 Progressions:
1. Shots may be played both on the ground and in the air.
2. Two shots are taken in sequential order with the second shot to be taken approximately three seconds after the first one. Both the first and the second shots are to remain unknown by the goalkeeper until they are taken.